Welcome back! I hope you are ready for summer, cause it’s about to get even better! This week, we don’t just have one book to release, but a whole boxed set that is available now for an absolutely amazing price! Check it out below!

NEW RELEASE:
Today, we are announcing the release of the Valyien Far Future Space Opera Boxed Set! If you haven’t gotten a chance to check out these amazing books yet, then now is the absolute perfect time. Right now, the entire boxed set is on sale for an outrageously low price of $0.99! Follow the crew of the Mercury Blade, the best thieves in the galaxy, as they get wrapped up in crazy adventures, accidentally unleashed evils, and ancient monstrous powers. Get it now! And be sure to select the $0.99 for all 9 books deal before you check out! 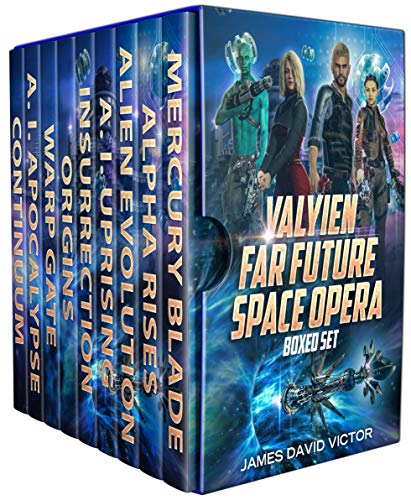 BOOK FROM FRIENDS:
For our book from a friend this week, we are sharing something from an amazing friend of ours, Joshua James. Planet Hell is a fast-paced, action packed adventure set in a world ravaged by invading aliens. Two brother return to Earth, five years after the devastation, and five years after their parents died at the hands of the aliens. One wants justice, and the other just wants to survive, but they soon discover a plot to communicate with the Aliens, and dark happenings begin to unfold as they learn more and more. Planet Hell is available on amazon for only $0.99 now, so pick it up soon! 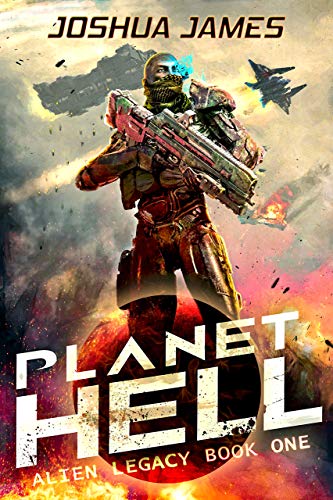 Sci-Fi News and Updates:
In other news, we have got plenty of other series brewing for you, some continuations of series such as the Outcast Marines, and other entirely new! So you won’t have to miss all of your favorite characters, and you’ll get to meet a bunch of new ones! Just keep an eye out for these newsletters. We can’t wait to announce them officially! And keep checking back so you don’t miss all of the great deals and releases we have for you!

That’s it for today. Have a great week, and if you haven’t feel free to check out some of my other popular series on amazon, published under my name and my pen name (James David Victor).

Thanks for subscribing! See you next time!
David J. VanBergen Jr.
(aka James David Victor)