Skip to content
Welcome back to the Sci-fi Newsletter! This week, we've got some great stuff for you! A new release and an awesome book from a friend, so keep on reading!

NEW RELEASE:
Jack Forge is back! Today we are announcing the release of book three in our Jack Forge, Lost Marine series! We pick up after Jack and Sam have saved the civilian transport from the Devex, driving them off for a little while and escaping. But Devex reinforcements are still hot on their tail and closing fast! Can Jack and his haphazard crew of fighters drive off the Devex? Or will their best efforts not be enough this time? Buy the book now and find out! 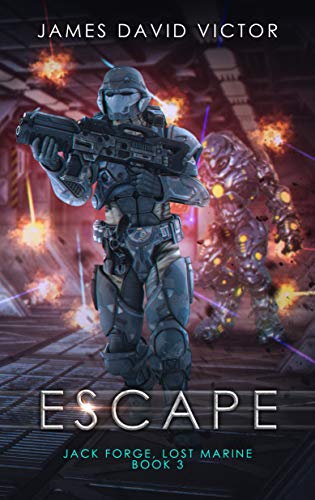 BOOK FROM A FRIEND:
Today we've got a great book from a friend for you! Rick Partlow is now having a sale of his book Wholesale Slaughter! The first of the Wholesale Slaughter series, it follows Logan Conner, the son of a king and a fearsome mech pilot, who takes it upon himself to rid his fathers kingdom of its infestation of pirates. Leaving all he had behind, he forms a group of mech-jocks, leading them under the name of Jonathan Slaughter! He and his team lead a crusade against the invading pirates, hell-bent on returning their destruction one-hundred fold! Pick up Wholesale Slaughter now for only $0.99! It's available on Amazon, in e-book, paperback, as well as audiobook! Don't miss out! 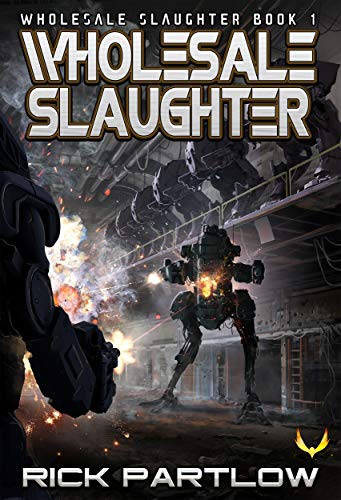 Thanks for joining us today! We are so excited that summer is finally here, and we hope it brings you a lot of time for all the summer reading you've got, cause we've got even more coming for you! In addition to the books we sent out today, we are getting ready to release a complete series boxed set, as well as the next book of your favorite Outcast Marines!

Keep an eye out for us! We'll keep bringing you great content and plenty to read! And go ahead and check out some of my other great series below, published under my name and my pen name (James David Victor)!

That's all for now! Have a great summer, and see you next week!